A watch is something that is loved by almost everyone, but there are those people who just want to spend a lot of money on a watch that is 1 out of 1. Bollywood Celebrities and Indian Cricket stars are known to earn a lot of good money, so it would be normal for them to own super expensive watches from Rolex, Omega, Rado, TAG Heuer, Audemars Piguet, and many more.

The cost of the watches Bollywood Celebrities and Indian Cricket stars own can buy a full house, car, motorcycles, and a bunch of other things combined together.

Without any delays, we bring you Indian Cricket Stars and Bollywood Actors and their super expensive watches:

The first watch Hritik Roshan bought was from Rado, and this is the reason why he is the brand ambassador of Rado, a watch company based in Switzerland. Hritik also has watches from Rolex, Cartier, Jaeger Lecoultre, Rado, and many more.

But he claims his favorite watch is the Rado Hyperchrome automatic chronograph, which is priced at Rs. 285,300 in India. Ranbir Kapoor lives like a normal person, but his choice for watches is something only the higher-class people can buy. Ranbir Kapoor is known to own a watch that only has 2500 pieces all over our planet.

Ranbir Kapoor owns a Tag Heuer Grand prix edition watch, which is worth around Rs. 400,000 in India. Sachin Tendulkar is considered by many as the most successful and the greatest cricket star of all time. One thing many people didn’t know about him is that he loves to buy expensive cars, clothes, cars, and other materials.

The master blaster has a lot of watches, but the watch that stands out the most is his Audemars Piguet Royal Oak Offshore Chronograph, which is worth Rs. 1 crores! 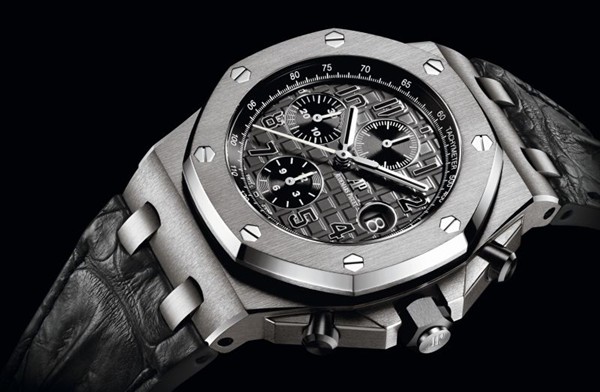 Abhishek Bachchan is the son of Mr. Amitabh Bachchan. Big B is known for his love of luxurious watches, and it is no doubt that his one and only son would do the same. The Bachchans have a huge collection of luxurious watches which include Rado, Rolex, Omega Deville, Tag Heuer, and many more.

But his most favorite is the Omega Deville, which is worth around Rs. 731,500 in India. Mahinder Singh Dhoni is known to be a Fan Boy of Apple products. He is known for having a huge collection of Macbook laptops, iPads, iPhones, Macs, and more. But one thing many people didn’t know about him is that he is a huge Apple Watch fan boy. Shah Rukh Khan is the king of the Bollywood Industry, he represents over 1.5 billion people when it comes to the movie industry. A lot of people don’t know that he is actually the brand ambassador of TAG Heuer and is known to be a fan boy for their watches.

SRK admits that his favorite TAG Heuer watch is the TAG Heuer Grand Carrera Calibre 17 RS chronograph, which is worth Rs. 500,050. The Nawab of the Bollywood Industry, Saif Ali Khan is one rich person. He is known for having an luxurious style of living, and is known for his huge collection of watches which includes rolex, Jaeger Lecoultre, and many more.

It is reported that the favorite watch of Saif Ali Khan is the Jaeger Lecoultre Master World Geographic, which is worth around Rs. 660,900.