An 11-year-old girl from India that is diagnosed with a rare condition has blood coming out of her 2 eyes every day.

According to reports, the 11-year-old was brought to New Delhi, the capital of the country, after she started to shed tears of blood.

Despite blood running down from the eyes of the girl, she said that she did not have any pain. 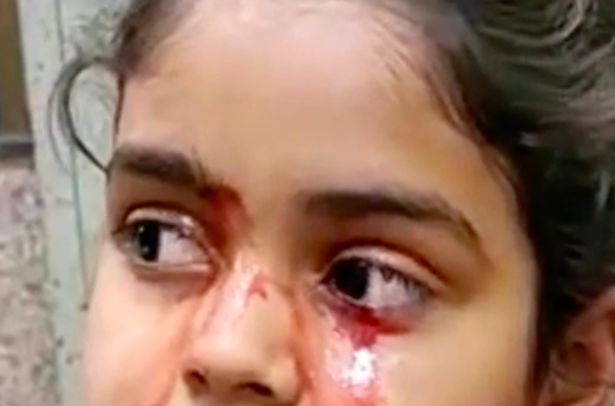 The mother of the girl said that the blood would pour down for several minutes for about 2 to 3 times per day.

After a thorough investigation, doctors found out that the girl had Haemolacria, a rare condition where blood is present in the tears.

The extremely rare case has been documented in The BMJ, a weekly peer-reviewed medical journal.

The Haemolacria is a rare disease that has been documented throughout history.

The unnamed mother told the staff about how the episode left them feeling extremely concerned and frightened at the same time.

I am scared about my daughter’s health. The blood coming from her eyes is horrifying. I hope there will not be any similar episodes in the future.

Experts at the clinic that they went to were unaware of the cause of the extremely rare condition, however, they observed the girl for a couple of days. There is very little known about this condition.

Haemolacria is a condition characterised by the presence of blood in tears. Haemolacria was first mentioned in the scientific medical book, Aetius of Amida, in the sixth century. A millennium later, in the 16th century, there was a nun who had auricular and ocular haemorrhages every month instead of menstruating, cited by Brassavola. Later in 1581, a 16-year-old girl was cited by Dondonaeus who had drops of bloody tears instead of menstrual discharge. Haemolacria is a benign and self-limiting condition.

The Haemolacria is harmless, however, it attracts serious attention due to the fact that the condition leaves you with blood pouring out of your eyes.