Images that are viral on social media right now shows a chain smoker with a bright yellow skin after developing cancer.

It is reported that 60-year-old Du was rushed to the hospital after he started to feel unwell.

He initially got worried because his body was becoming more and more pale and yellow on a daily basis. 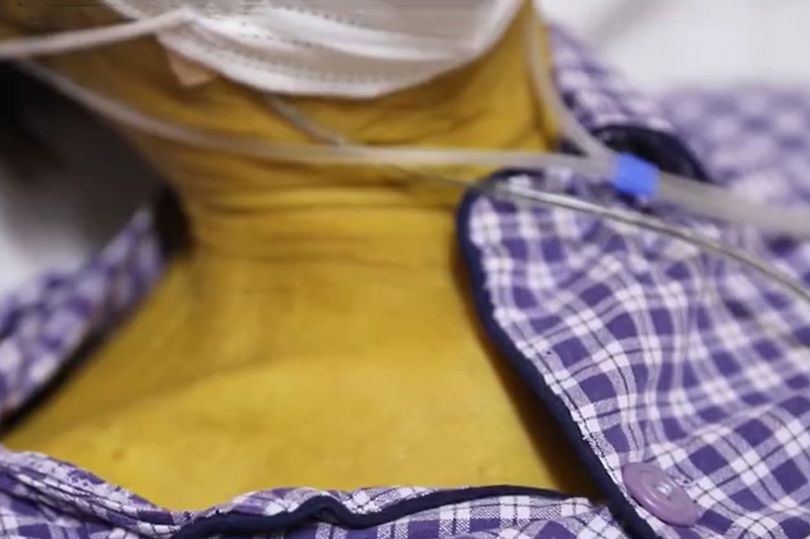 Upon being brought to the hospital, which is located in Huai’an, in the eastern-central Chinese province of Jiangsu, it was revealed that he had a serious disease.

The doctors said that he had jaundice, which was caused by a tumor in his pancreas.

The tumor was extremely large that it was know blocking his bile ducts.

The doctors said that heavy smoking was the reason that he had the tumor.

He also had another tumor in another part of his body, which indicates that his cancer was already in the late stages. The man had been drinking heavily and chain smoking for over 3 decades.

After the tumors were removed, doctors told him to give up the 2 things if he wanted to live longer. The man was discharged after the surgery, which removed the tumors from his body.

He is now back on his feet and the doctors said that he is determined to improve his lifestyle and prevent the tumors from returning back.