Indian Administrative Services (IAS) is one of the toughest examinations to crack in India. The whole process of getting through it is really tough and people who have studied for it or cleared it would tell you how competitive it can get. Every year, lakhs of candidates write the exam and once they cleared the written examination, they are called in for an interview session, so only the very best of the best make the cut. Not only our technical knowledge helps, but also the presence of mind and the right answer at right time. This is very important during interviews, especially in IAS selection process. Some questions are unexpected and might demand weird answers. However what we fail to understand at that moment is that these funny and weird questions actually command an answer that judges your capability of maintaining your presence of mind in the most stressful situation. They just want to see if these situations make you uncomfortable or even nervous. Sometimes the reason for asking these questions can be literally to check your sense of humor or creativity.

Here, we have found 24 really quirky questions (and answers) that were asked in the two stages of the examination process. Check them out, see if you can solve them without checking out the answers (given at the end of the article).

Q1: How can you drop a raw egg onto a concrete floor without cracking it? Q4: What will you do if I run away with your sister?

Q6: How can you lift an elephant with one hand? Q7: Jamie looked at his reflection on the window mirror of the 45th floor. Driven by an irrational impulse, he made a leap through the window on the other side. Yet Jamie did not encounter even a single bruise. How can this be possible if he neither landed on a soft surface nor used a parachute?

Q9: If you throw a red stone into the blue sea what it will become? Q10: A murderer is condemned to death. He has to choose between three rooms. The first is full of raging fires, the second is full of assassins with loaded guns, and the third is full of lions that haven’t eaten in 3 years. Which room is safest for him?

Q11: Can you name three consecutive days without using the words Wednesday, Friday, or Sunday?

Q12: What can you never eat for breakfast? Q13: This is an unusual paragraph. I’m curious as to just how quickly you can find out what is so unusual about it. It looks so ordinary and plain that you would think nothing was wrong with it. In fact, nothing is wrong with it! It is highly unusual, though. Study it and think about it, but you still may not find anything odd. But if you work at it a bit, you might find out. Try to do so without any coaching!

Q14: What if one morning you woke up and found that you were pregnant?

Q15: What happened when the wheel was invented?

Q16: Twins (Adarsh and Anupam) were born in May, but their birthday is in June. How’s this possible?

Q17: The peacock is a bird that does not lay eggs. How do they get baby peacocks?

Q18: If two’s company, and three’s a crowd, then what is four and five? Q19: A cat had three kittens: January, March, and May. What was the mother’s name?

Q20: James bond was pushed out of an airplane without any parachute. He survived. How?

Q21: If it took eight men ten hours to build a wall, how long would it take four men to build it? 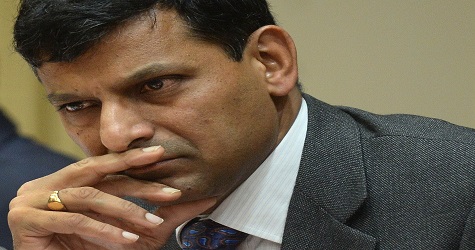 Q22: How can a man go eight days without sleep?

Q23: The Bay of Bengal is in which state?

Q24: Where would Lord Rama have celebrated his “First Diwali”?

Q25: Rohan was in an interview. The interviewer told him that this was his last question and then he asked him to point at the exact center of the table on which his resume was kept. He gave an answer after which he was selected. Can you think of what happened inside the interview room? Tally your answer here, see if you’re IAS material or not.

A1- Concrete floors are very hard to crack!

A3. Very large hands.(Good one)

A4- The candidate who was selected answered, “I will not get a better match for my sister than you sir.”

A6- It is not a problem, since you will never find an elephant with one hand.

A7- Jamie is a window cleaner who was tired after cleaning the windows on the 45th floor and thus leaped inside the building.

A9- It will Wet or Sink as simple as that.

A10- The third room. Lions that haven’t eaten in three years are dead. Easy one, right?

A11- Yesterday, Today and Tomorrow.

A13- The letter ‘e’, which is the most common letter used in the English language, does not appear even once in the paragraph.

A14- Girl -“I will be very excited and take an off, to celebrate with my husband.”

A21- No time at all it is already built.

A24- People will start thinking of Ayodhya, Mithila (Janak’s place), Lanka etc. But the logic is, Diwali was a celebrated as a mark of Lord Krishna killing Narakasura. In Dusavataar, Krishnavathaar comes after Raamavathaar. So, Lord Rama would not have celebrated Diwali at all!

Let us know what do you think about the same in your comments below.