A dog owner captured her pet playing with a dolphin in the shallows of the water by a beach and it is the best thing you can watch right now.

Anastasia Vinnikova, the owner of the dog, was with her daughter when she took Patrick, their pet dog, for a walk at a beach when the incident happened.

According to reports, the encounter happened at a beach in Opuk, by the Black Sea coast in Crimea on Saturday on June 13, 2020.

The startling scene was filmed when a pod of dolphins suddenly appeared near the shore.

Vinnikova said that 1 dolphin could be seen breaching the cold water and moving into the shallows with the small waves as Patrick ran up to it.

As the waves push the sea creature towards the shore, Patrick, the dog, pounces in the water and touches the tail of the dolphin. 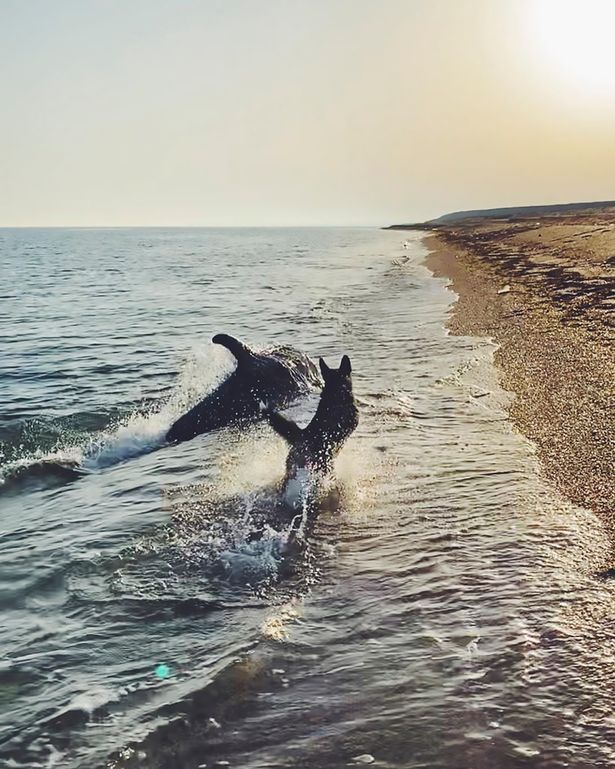 Anastasia uploaded the video clips on her Instagram page with the caption of:

Patrick has touched a dolphin, and I still haven’t. In the clip, no one was hurt. The dolphins are swimming close to the shore to catch fish.

The dolphin returned to the pod swimming a little further out from the shore before making one final return to the beach.

Patrick has touched a dolphin but I still haven’t. In the clip, no one was hurt. The dolphins are swimming close to the shore to catch fish.

Crimea, the place where the video was shot at, is a disputed territory, which many believe it belongs to Ukraine. However, it is currently being administered by Russia since 2014.