Horrific images are currently surfing the internet that shows the reality inside a tiger farm in South Africa were wild endangered animals are being bred so they could be shot by trophy hunters. Lucas loves to share images of him on his personal social media accounts standing with his large weapons and kills.

In a brochure that was obtained, it states that hunters can pay from 200 USD to 14,000 USD to kill animals.

Animals that are listed on the endangered species, such as lions, elephants, rhinos, and tigers also have prices on their heads. 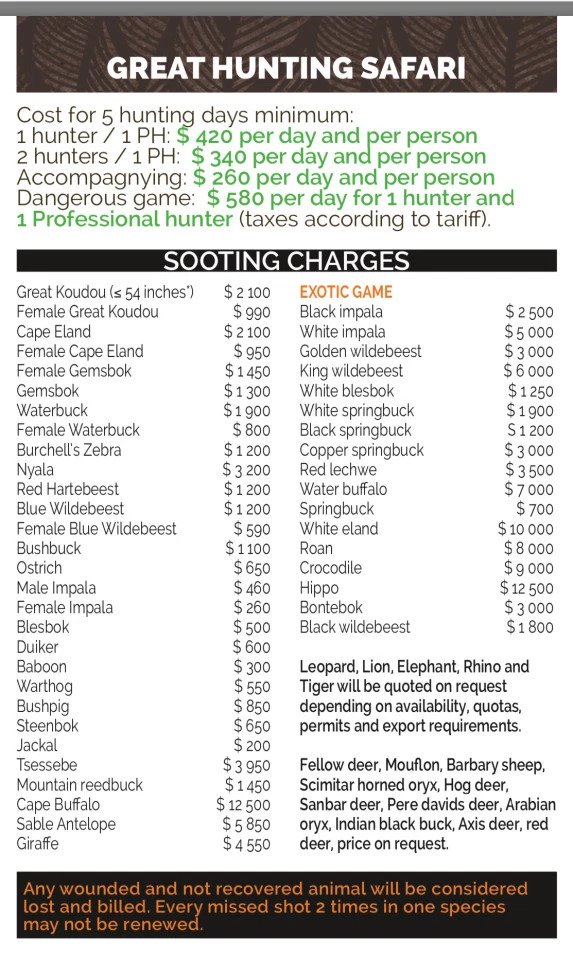 Eduardo Goncalves, a member of the Campaign to Ban Trophy Hunting, said, “Imberba Rakia is breeding tigers, lions and other big cats such as cheetahs and leopards, many of which could be killed by trophy hunters in enclosures just for fun. Big cat factory farming in South Africa is a booming industry. It’s a disgusting trade that cruelly exploits wild animals from cradle to grave.”

Eduardo added, “Cubs are torn from their mothers when they’re just a few hours old so she can become pregnant again as quickly as possible. When they get older they’re shot for entertainment and their bones sold off to shady dealers who ship the bones to the far East where they’re turned into fake medicines.” It is also reported that the dead bodies of the animals are shipped afterward. They are then used in making “fake medicines”. In a picture that was shared on Facebook, it showed a giraffe gunned down.

The picture was posted on Facebook with a caption of “Another great giraffe taken. All meat was used for the lions on imberba rakia.”