Ugadi… which means the beginning of new year, The new year day for the people who follow lunar based Hindu calendar, Many cultures around India celebrates this day as a festival, Mainly Telugu, Kannada, Marathi and Sindh people celebrate this as one of the main festivals. Especially Telugu people celebrate this festival with eating specially made Ugadi Pachadi which resembles many facets of our life. Ugadi Pachadi is made of ingredients which has all the six tastes of sweet, salty, bitter, tangy, spicy and sour. Let’s have a look at the process to make Ugadi Pachadi. 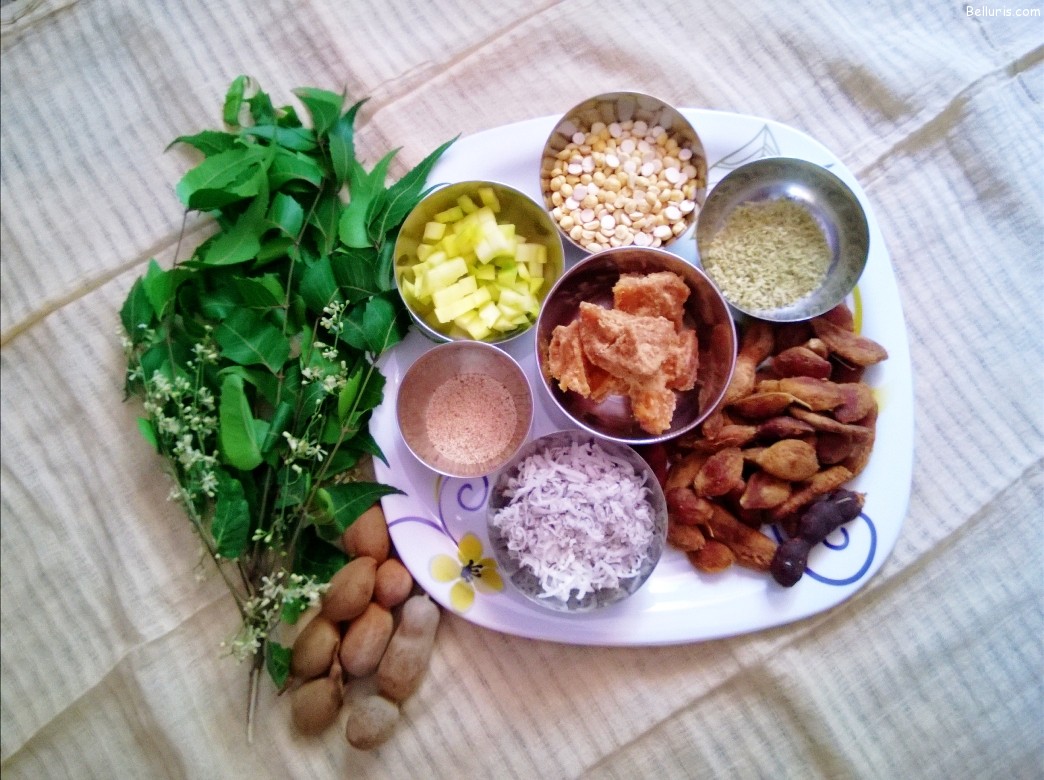 Ugadi Pachadi is made of ingredients which gives Six tastes called Shadruchulu, Ugadi Pachadi contains all the six tastes of sweet, salty, bitter, tangy, spicy and sour which resembles human life. Ugadi Pachadi is also a very healthy food to take. The bitterness of neem flowers will kill all sorts of bad bacteria in our stomach. We normally never eat any bitter food items, But at least once in a year thanks to this Ugadi Pachadi we are tasting bitter as well. So this is the process of making Ugadi Pachadi, Ask us in comments if you have any doubts regarding this.

Stay tuned to this website. We will update Ugadi Panchangam here. Press CTRL+D to bookmark this page for easy navigation.