A mysterious man is walking around villages in London dressed as a 17th-century plague doctor, leaving residents terrified during this coronavirus pandemic.

In the Crouch End, North London, a man was spotted recently walking around dressed as a 17th-century plague doctor.

The all-black attire, which includes a long cloak, hat, and pointed beak-like mask, dates back to the 17th-century doctors, when health experts thought they could be protected against the Black Death by filling their pointed masks with perfumes and herbs.

The image of the man was shared by Suzanne Moore, a journalist, walking down a pavement while wearing the horrifying costume.

Another picture, which is assumed to be the same man, was shared on Twitter with the caption of: “Tottenham Lane the other day.”

Tottenham Lane the other day pic.twitter.com/omnWnSirZA

This is not the first time someone has dressed up as a plague doctor in the UK during this coronavirus pandemic.

This one comes to a couple of days after the police confirmed that they had identified the individual that had been walking around the suburb area of Hellesdon, which is located in Norwich. 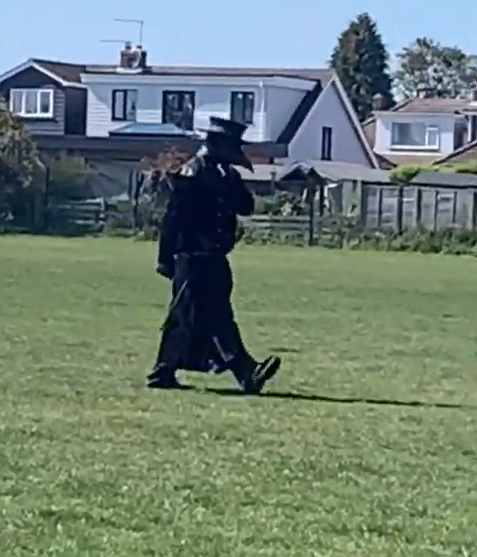 The one that the police had identified was a boy in his late teens, who was wandering around the village for at least 2 weeks, with residents raising concerns with the police.

If I saw a plague doctor during this time of the year, I would start building a bunker right away just to make sure I survive everything.

Jokes aside, what do you think about this one? Let us know what you think by leaving a comment below!