A helicopter pilot was left shocked after they saw an owl fly into their aircraft as they were conducting water drops over a raging wildfire in California, USA.

The incident happened when the pilot was conducting water drops over the Creek Fire.

Dan Alpiner, a pilot with aircraft charter company Sky Aviation, said he was battling wildfires in California in Fresno and Madera countries when a scared owl flew right into the helicopter.

The owl calmly sat by the window, said Alpiner when he was interviewed by ABC News.

The Sky Aviation shared the hilarious incident on Facebook and called it “unheard of”.

In the statement that they released on Facebook, they said:

It’s odd to have an owl enter an aircraft. It’s unheard of to have it enter while the helo is in-flight. 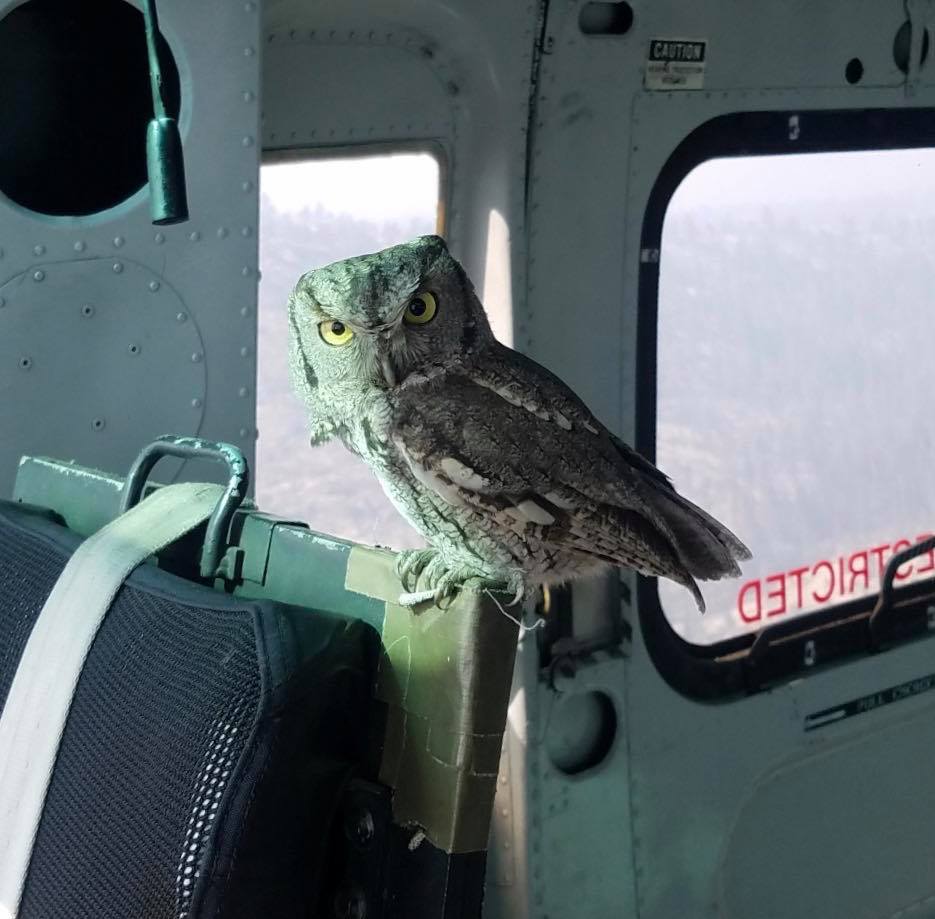 Talking about how calm the owl was, Alpiner said that he was initially scared that the owl would end up flying around the helicopter.

However, it did not.

The owl just sat down calmly as the pilot carried out water drops.

It’s an unexplainable and magical miracle for it to stay with you for several water drops, then leave just as it arrived – safe and unannounced.

A picture of the owl sitting inside calmly was shared on Facebook, and it went viral right away.

The fire that the pilot was battling has damaged over 541 square miles of land in the counties of Madera and Fresne, which are both located in Calfornia, USA.

Over 900 buildings and structures have been damaged in the incident.

23 people have sustained injuries from the fire too, confirmed California Fire Department.

What are your thoughts about the hilarious owl? Let us know what you think by leaving a comment below!