A 44-year-old man from Thailand shared horrible pictures of a 9.7-meter long wriggling tapeworm that he pulled out from his bum while he was on the toilet.

44-year-old Kritsada Ratprachoom from Udon Thani, which is located in North-East Thailand, said he felt something sticking out of his bottom when he was on the toilet. 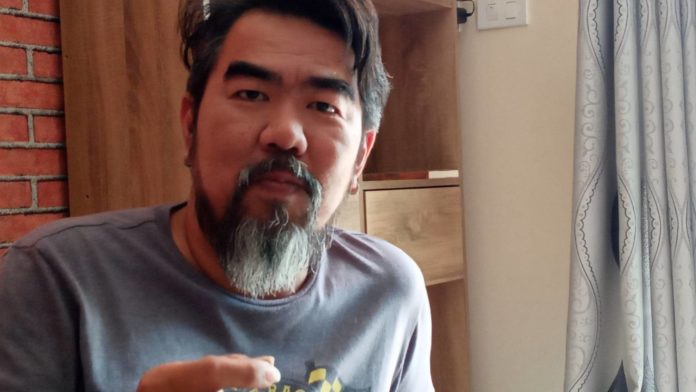 Kritsada, who works as a freelance photographer, thought the parasite was a piece of string from the surgery that he had earlier this year. But upon pulling it, he realized it was something different.

Upon pulling the worm out, Kritsada said it was “tough, straight, and rubbery”.

In a video that was shared by Kritsada, you can see the massive tapeworm flexing and wriggling as it was sitting on the cistern of the toilet.

After taking images of the tapeworm, Kritsada flushed it down the toilet.

Kritsada showed the video of the tapeworm to a nurse, who was shocked by what she saw.

Kritsada said the nurse told him that she had never seen a tapeworm like the one in the video. Days before pulling out the tapeworm out of his bum, Kritsada said he suffered a bout of stomach upset.

Tapeworms are flat worm-like parasites that are capable of living inside a human body. They start to grow in our stomachs if their eggs, which are mostly present on meat products, are swallowed by a person.

Tapeworms can beat treated with medicines, but if left untreated, tapeworms are capable of growing to up to 16 meters inside the gut.

Here are some of the symptoms you will have if there are tapeworms inside your gut:

Another thing about tapeworms is that they are capable of traveling to other vital organs, which include the brain and even our liver.

Home » Viral » Thai Man Pulls Out 9.7-Meter Long Tapeworm Out Of His Bum