Not so long time ago, Jennifer issued an official statement confirming her separation from Karan. And now it’s KSG, who has finally broken his silence on the relationship (or lack of it) he shares with Jenny. The heart throb of the small screen, Karan Singh Grover and Jennifer Winget’s blissfull married life has hit the rocks. The former co-stars have confirmed their separation but the reason for their divorce is still unknown. However, news has it that Karan’s alleged proximity with Alone co-star Bipasha Basu has brought a rift between the lovely couple. It was alleged that Bipasha Basu responsible for Karan Singh Grover and Jennifer Winget’s divorce. Karan Singh Grover chose to remain tight lipped, when rumours were abuzz of an impending divorce. Initially, his wife Jennifer Winget spoke out about their relationship in September this year. The actress took to Twitter to clear the air and posted, “Hi guys! These are all rumours. Everything is fine between Karan and I. :)” However Karan has finally broken his silence on his relationship and announced on the social networking site that it’s over. 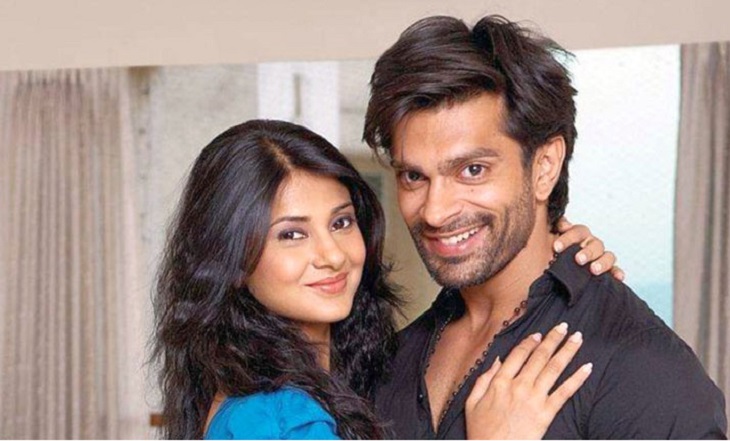 In a series of tweets under the Twitter handle @Iamksgofficial, he posted, “For all those who are concerned, you might have heard that Jennifer and I have separated and will soon be getting divorced. I just wanted to confirm that it’s true. The decision has been mutually agreed upon and the reasons are too personal to share. What happens between only two people know…all else…mere speculations and assumptions…nothing more… this much I wanted to share…thank you always for all your love…” Few days back even Jennifer issued an official statement admitting about the end of her marriage with KSG. ”Jennifer is currently shooting for Kunal Kohli’s film in London and has requested not to be disturbed. Jennifer has also requested for implicit privacy at this stage in her life,” the actress’s spokes-person said.

Although the TV couple has chosen to remain mum about the reason behind the split, we had earlier reported that it is because of KSG’s philandering ways that called for trouble in their paradise. For those of you who don’t know, they tied the knot in 2012.

Karan Singh Grover’s casanova image is quite known to everyone. The hottie was first married to TV actress Shraddha Nigam in 2008. News has it that Karan had an extra marital affair with his Jhalak Dikhla Jaa 3 choreographer Nicole Alvares which ended his marriage to Shraddha. According to the reports, Shraddha called off their marriage when she caught Karan red-handed with Nicole. The buzz surrounding Karan and Nicole’s affair was brought to an end when the tele-star tied knot with his Dill Mill Gayye co-star Jennifer Winget. The lovey-dovey couple found it difficult to keep their hands of each other whenever they made any public appearances post marriage. It looked pretty much evident that Karan finally found his soul mate in Jennifer, until the reports of their separation surfaced.

Bipasha Basu, on the other hand, has been through turmoil of broken relationships (Dino Morea, John Abraham and Harman Baweja). On the sets of Alone, Bipasha and Karan became friends. The two even went on a dinner date together without their respective partners Harman and Jennifer. Looks like the heart-broken Bips found some comfort in her co-stars company.