India or the Republic of India is called “Bharat” in her national language Hindi. … India’s greatness can NEVER be said in words. India is the largest democratic country. There are many facts about Great India that many of us are not aware. Many world changing incidents are originated and born in India  and Vedas, which we are not aware. The different religious groups, subcultures and very ancient history of India is not known to many. Here are some amazing facts that will make you more proud to be an Indian.

1. Sanskrit Is The Mother Of All The European Languages.

2. Bhaskaracharya Calculated The Time Taken By The Earth To Orbit The Sun Bhaskaracharya calculated the time taken by the earth to orbit the sun hundreds of years before the astronomer Smart.

3. Charaka, The Father Of Medicine He made Ayurveda study more strong about 2500 years ago. India invented the Number System. Zero was invented by Aryabhatta. India never invaded any country in her last 10000 years of history.

5. The World’s First University Was Established In Takshila In 700BC The University of Nalanda built in the 4th century BC was one of the greatest achievements of ancient India in the field of education. The World’s first university was established in Takshila in 700BC. More than 10,500 students from all over the world studied more than 60 subjects there.

6. The Value Of “PI” Was First Calculated By Budhayana The value of “pi” was first calculated by Budhayana, and he also explained the concept of Pythagorean Theorem.

7. India Was The Only Source For Diamonds To The World.

As per the study of  the Gemological Institute of America India was the only source for diamonds to the world up until 1896. 8. The Earliest Reservoir And Dam For Irrigation Was Built In Saurashtra. 9. India is the Largest Democratic Country In The World India is the Largest democratic country, the 6th largest country in the world AND one of the most ancient and living civilization. Vinod Dham Invented Pentium Chip which is used in most of the computers now. Algebra, trigonometry and calculus has been originated in India. Quadratic equations were brought into lime light by Sridharacharya in the 11th century.

12. Usage Of Anesthesia Was Into Use In Ancient India Medicine. Anesthesia was into use in ancient Indian medicine. Not only Anesthesia but the in depth knowledge of anatomy, embryology, digestion, metabolism, physiology, etiology, genetics and immunity etc is also found in many ancient Indian texts which we call it science now-a-days.

13. Sushruta Is The Father Of Surgery

Sushruta is the father of surgery. Sushruta along with his health scientists of his time conducted complicated surgeries even plastic surgery and brain surgery over 2600 years ago . More than 125 surgical equipment were used in those days for the surgeries they conducted. Detailed knowledge of anatomy, etiology, genetics, embryology, physiology, digestion, metabolism and immunity is also found in many texts.

14. Chess (Shataranja or AshtaPada) Was Invented In India. The famous broad game and a mind game was Invented in India.

15. Sabeer Bhatia Invented Hotmail one of the first free e-mail services in the world Sabeer Bhatia, an Indian born engineer has created history in the hi-tech world with his biggest venture – Hotmail. Along with Jack Smith. Sabeer Bhatia, co-founder of Hotmail, one of the first free e-mail services in the world. Prof. Jagdeesh Bose was the first person to explore the wireless communication but not Marconi. This was proved by USA based IEEE a century old suspicion in the world scientific community.

18. Spiritual Science, Yoga And Most Of The Religions Were Found In India. 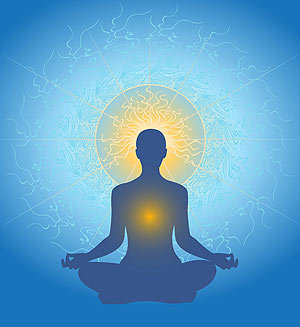 19. The World’s First Granite Temple the Brihadeswara temple is at Tanjavur in Tamil Nadu. The World’s First Granite Temple the Brihadeswara temple was build in Tanjavur which is situated in Tamil Nadu. The shikhara is made from a single ’80-tonne’ piece of granite and also, this temple was built in just five years, during the period of Rajaraja Chola.

20. The Game Of Snakes & Ladders Was Created By The Saint Gyandev A 13th Century Poet. The game  which was originally called  “Mokshapat” i.e., snakes & ladders was created by the saint Gyandev a 13th century poet.  The ladders in the game represented virtues and the snakes represent vices. Previously the game was played with cowrie shells and dices. Later as the time passed, the game underwent several modifications but the concept and belief remained as it is i.e., good deeds lands us in heaven and evil to a cycle of re-births which we often see in that game. Every house will have some internals problems and issues it doesn’t mean that the people in that family are bad nor the family itself is bad. Like wise being such a largest country there may be few issues internally but how ever India is  a great country. Proud To Be An Indian.