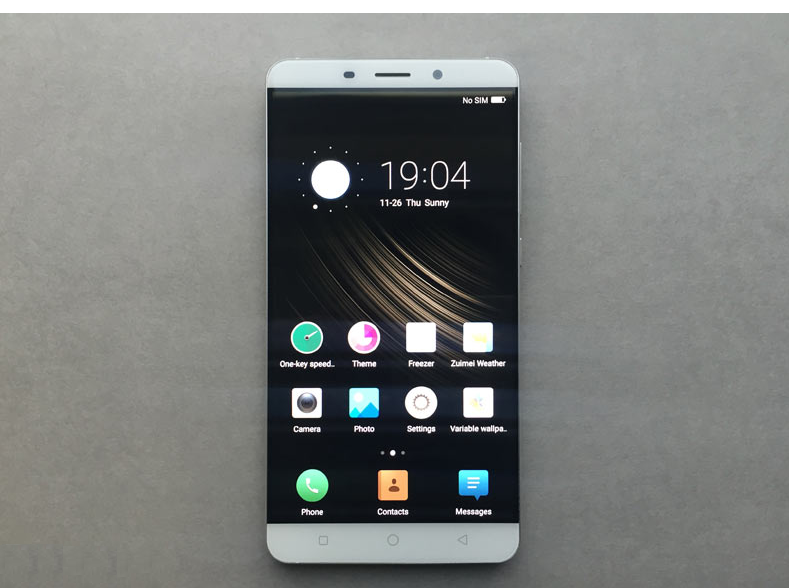 QiKU launched the Q Terra smartphone at a price of Rs. 21,999 in the open sale, which is available without an invite. However, with an invite, the device will be available at a price of Rs 19,999. The company will begin sending out Q-Invites from December 5 and the system specifications of Q-invite will be announced probably next week. QiKU is a company started as a result of a joint venture between Chinese security-based software company Qihoo 360, and handset maker Coolpad.

The QiKU Q Terra sports a 6-inch full-HD Sharp IPS display with a pixel density of 386ppi and a pixel resolution of 1080×1920 pixels.  It is powered by Qualcomm’s hexacore Snapdragon MSM8992 808 SoC clocked at 2GHz with Adreno 418 GPU paired with 3GB of RAM. On the Storage front, the smartphone comes with 16GB of internal storage which can be further expanded up to 128GB via microSD card. The smartphone offers high-end specifications with a fingerprint sensor. On the Camera front, the QiKU Terra comes equipped with a dual 13-megapixel rear cameras with dual-tone LED flash, f/1.8 aperture. The camera also features like ‘Fast Focus’ (as low as 0.1 seconds), geo-tagging which comes with supports for 4K video recording. Among the two rear cameras, one 13-megapixel sensor can be used to capture a normal colour image while the other can be used to capture a black and white image. Ultimately, when both are combined, the resultant image will get better colour accuracy.The handset comes with an 8-megapixel front facing camera with a f/2.4 aperture on board which is capable of shooting videos in full-HD resolution.

Q Terra is a dual-SIM handset (Micro-SIM and Nano-SIM) that is backed a 3700mAh battery with support for faster charging. The QiKU Q Terra runs on Android 5.1.1 with 360 OS interface. The company claims that the smartphone will have security and performance features of the latest Marshmallow. On the connectivity front, the device supports 4G LTE, Wi-Fi 802.11ac, Bluetooth, and GPS.

QiKU claims that users will be able to uninstall any stock app other than Dialer and Messages. Also, it claims that it is fast enough to unlock the device in only half a second, and can also be used to answer calls and take photos.