Kelly Bricker, a woman from Virginia, USA, was out for a stroll along a creekside near her house when she managed to witness something that you do not get to see that much.

Bricker said when she was walking, 2 people ahead of her on the trail were making a fuss about it and were laughing hysterically.

While walking, she thought:

I heard them making a loud commotion. I was wondering what could be so funny.

When she went on to see it for herself, she saw a pair of turtles perfectly stacked one on top of another, making a perfect little turtle tower. They were sitting there still, not moving, just enjoying the sun,” Bricker said. “It was a funny sight to see!

Another funny moment about this is that the arms and the legs of the turtles were all outstretched.

David Steen, a biologist, said this is something that is not unusual. 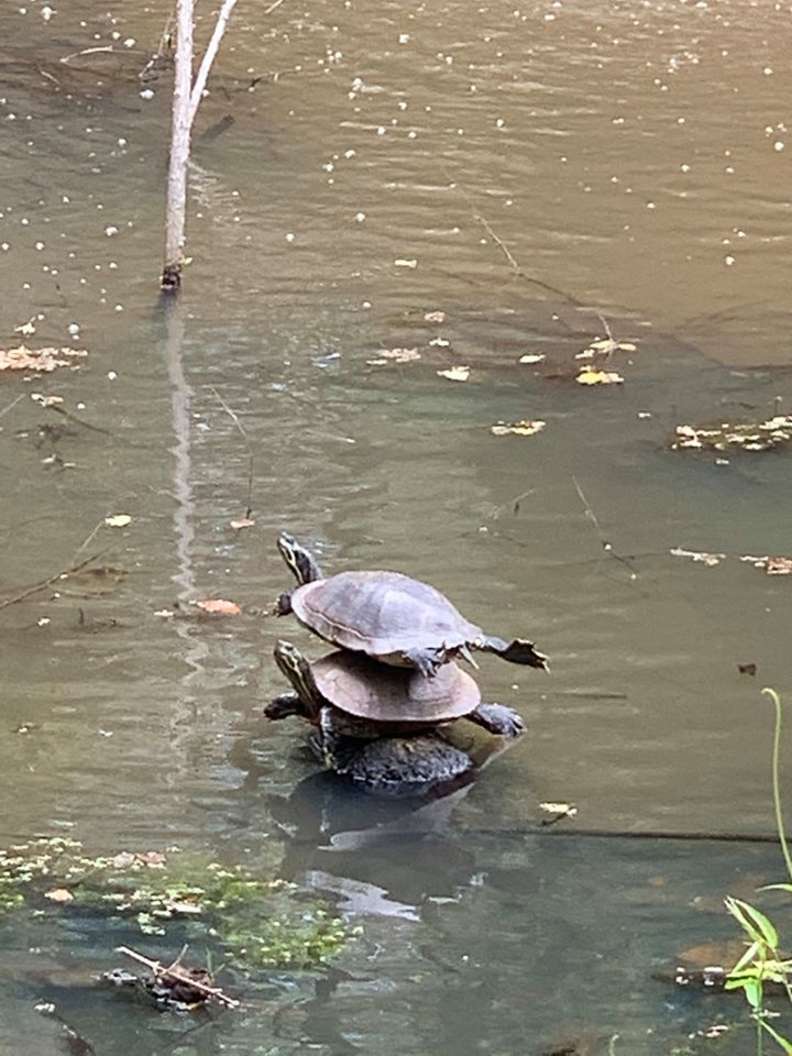 Steen said that turtles routinely bask in the sun to warm themselves up.

I expect the turtle on top simply climbed up there [onto the other turtle]. It’s a pretty funny scene, but you can often find them stacked up on top of each other to varying degrees (although not often exactly like this), especially when there aren’t a lot of great places to bask.

What do you think about this? Let us know what you and your friends by leaving a comment below!