Having a cat means they will be cuddling with you and will look at you all the time because of their curious nature.

It is something that is very natural for them and they love to go on top of high places so they could observe everything at all times.

For them, it is something that they do naturally, but for humans, they can become an annoyance and you would like to have some privacy for some time.

Because of such a thing, a man from Taiwan ended up coming with an idea that would help him focus on work and allow his cats to observe him.

SCMcrocodile, a user of Twitter, tweeted some pictures of his friend’s shop that went through modifications to include glass tiles for casual feline spectators.

The friend of the user owns a small store with an attic area, but that attic area is only for the cats that they own.

The attic was created to allow the cats to take a look at the humans that are below them.

People that saw this one are coming up with hilarious memes.

A person on the internet ended up calling this the best CCTV, cat ceiling top view. 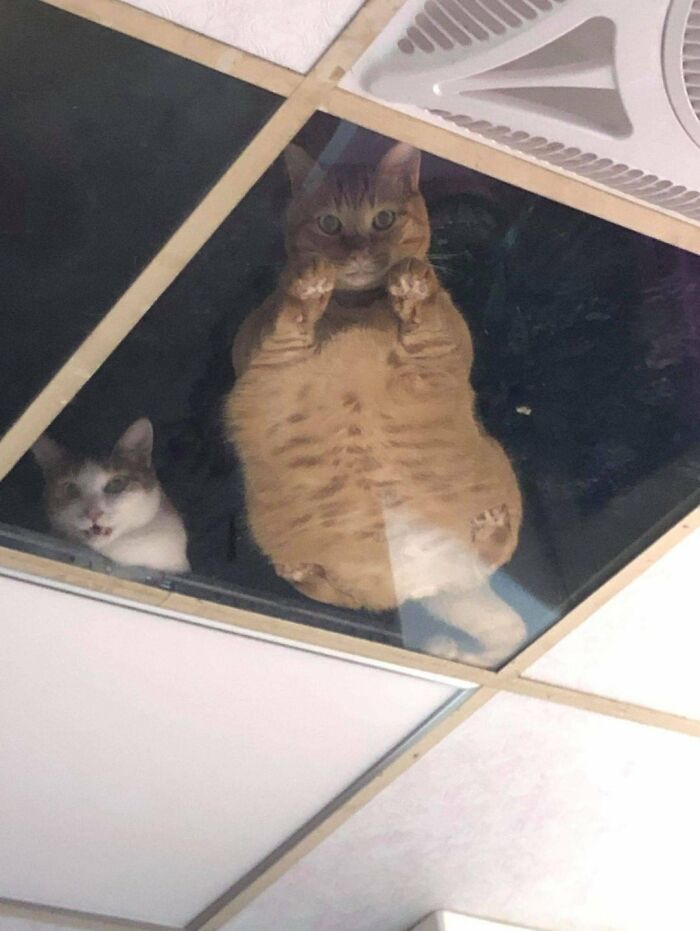 Others called it a furrveillance system.

Jokes or not, you have to admit that this system is really good and it is a good thing to do because you will have a constant look at what the cats are doing and they have a good look at what you are doing all the time.

This allows you to work without being bothered. What are your thoughts about this system? Let us know what you think by leaving a comment below!

Home » Viral » Cat’s Eye View: Shop Owner Install Glass Ceiling For Cats So They Could Stare At Him While He Works