Election commission of India stated ban on publishing ads by any party or candidate on Thursday taking a tough stand against the offensive advertisement of BJP during the poll day of final day of Bihar state assembly elections. All the leading newspapers were directed by the EC not to publish advertisements which could promote ill-will, hatred or disharmony after being through Wednesday, today’s ads published in newspapers which were found of offensive nature. Conjuring its Constitutional powers under Article 324, EC said “In order that no such instance is repeated on the date of poll which is to take place tomorrow, and no untoward incident takes place because of any inflammatory or hate advertisements, the Commission…directs that no political party or candidate or any other organization or person shall publish any advertisement in the newspapers tomorrow unless the contents proposed to be published are got pre-certified by them from the Media Certification and Monitoring Committee (MCMC).” 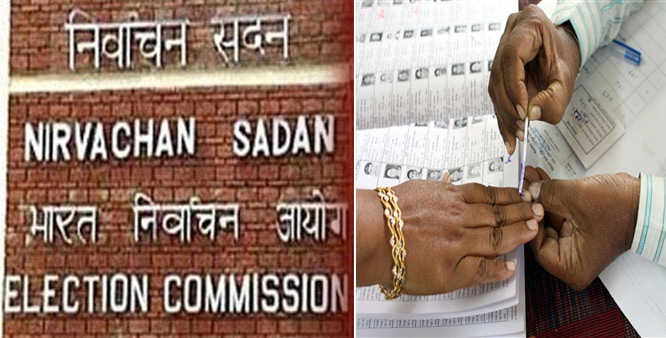 Following JD(U) and Congress appeal over advertisement of BJP, EC directed all the newspapers and media channels not to publish any ads which would polarize Bihar elections by promoting communal hatred which has not been pre-certified by the MCMC at the district or state level as the case be. Necessitating the action of MCMC, EC said they should be quick enough with real time decisions and on advertisements planned by parties and candidates for tomorrow, the fifth and last phase of Bihar polls.

Nitish Kumar Do You Admit of Eaten Beef

Controversial ad of BJP on cow was published questioning Bihar state Chief Minister Nitish Kumar’s silence on repeated insult suggesting him not to play vote bank politics. CM Nitish Kumar was also puzzled over whether he admits the remarks of eating beef made by his alliance partners Lalu Prasad and Raghuvansh Prasad Singh of RJD and Karnataka Chief Minister and Congress leader S Siddaramaiah with BJP’s ad. While the leaders of grand alliance annoyed with the ad of BJP criticized the party for ascending with such an unethical ad a day before elections. All the political parties taking part in the Bihar state assembly general elections were advised by the EC on October 31, 2015 not to publish any ads which would provoke mutual hatred and ill-will among different social and religious communities so that the peaceful atmosphere is not vitiated. The commission stringently directed all the political parties, workers and candidates to provide poll authorities with a copy of advertisement sent to print media for publication

Expressing his joy over the new advisory of the EC, JD (U) leader K C Tyagi said “We also hope that culprits are booked for violation of the model code of conduct and other related penal provisions.” Responding to the jibes of grand alliance leaders BJP party secretary Shrikant Sharma said “We have asked some questions from Chief Minister Nitish Kumar in the backdrop of Prasad’s comments. We have not made any violation. If anything, it is the grand alliance leaders who had raked up divisive issues in Bihar polls.”